Grassroots began nearly 20 years ago when four businessmen and one pastor began gathering together over breakfast and lunch to discuss ways they could make a positive impact on their community. They began studying various models of community development across the country until they came across a model out of Atlanta, GA that they felt could be successfully replicated in Waco. After over a year of gathering and planning, they established Waco Community Development Corporation (now known as Grassroots Community Development).

The foundational focus of Waco Community Development Corporation was to bring neighbors back together into healthy, mixed income communities through the promotion and creation of home ownership. The founders chose to begin this work by focusing in the Brook Oaks and Sanger Heights neighborhoods in North Waco, which at the time had over 200 vacant lots within them and a homeownership rate of 38%. The organization began building and remodeling homes in these two neighborhoods, offering financial literacy and homebuyer education classes, and providing a housing counselor who walked with community members through the home buying process.

Over time, the organization has come to understand that cultivating healthy neighborhoods is more than just building attractive and affordable homes. For the past 13 years, Grassroots has implemented community organizing efforts to work with community members in neighborhood associations, schools, businesses, and churches. These organizing efforts began in these same two North Waco neighborhoods back in 2007, but over the years, have expanded to also include East Waco in 2011 and South Waco in 2018.

The team at Grassroots aims to bring neighbors together to work towards community driven change. Nearly 20 years after beginning as an organization, Grassroots has built over 65 new homes and assisted over 335 families in becoming new homeowners while providing financial literacy education to almost 2500 individuals. Building intentional and authentic relationships with neighbors is at the heart of what Grassroots does. Over the past 5 years, Grassroots has worked closely with 7 schools in 6 neighborhoods to facilitate 14 leadership development trainings and support over 50 community-led projects in neighborhoods and schools. 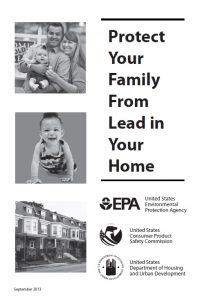